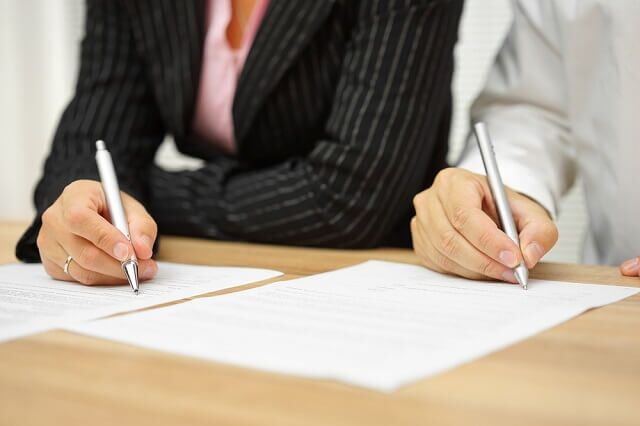 Parents who took time off work to take care of their children, or spouses who sacrificed better opportunities for income in order to support their loved one often find that they are punished in retirement because they had years out of the workforce where they were not paying into the Social Security system.

While this is not generally an issue for married couples, it can become quite worrisome for spouses who are near retirement but are considering divorcing. In addition to divvying up retirement benefits, ex-spouses may wonder how their social security will be impacted.

Thankfully, the Social Security Administration recognizes that many households may have one primary breadwinner, or one spouse who brings in significantly more income than the other spouse. They also realize that this has negative consequences for how Social Security benefits are distributed.

This means that when an ex-spouse goes to claim benefits at retirement, their benefit can be calculated based on what their ex-spouse earned and contributed into the system. However, this does not mean that your benefits will be identical to that of your former spouses.

Rather, an ex-spouse is only allowed to claim 50% of what his or her former spouse would be able to claim upon retirement. So if you are divorced and your former partner is set to receive $5,000 upon retirement, you would be eligible to receive $2,500. Depending on your own work history, this may be more or less than you would receive through your own benefits, and you may choose to take the higher of the two (but cannot receive both amounts).

If you are a spouse that made more during a divorce, you may be concerned that these rules will be used to limit your own benefits, but that it is not the case. The SSA does not consider a former spouse’s claim for benefits when evaluating your own benefit amount. You will be entitled to receive the same amount you would have received even if you had never been divorced. Your two claims are treated entirely separately.

One thing that former spouses should realize is that benefits based on an ex-spouse’s income are only allowed if you remain single after a divorce. Once you choose to remarry, you are no longer eligible to use your former spouse’s income in calculating your benefits. Instead, you would only be able to claim your own benefits, based on your own work history.

What If Your Former Spouse Passes Away?

Spouses who divorce can also be entitled to benefits resulting from death. These are known as survivor benefits to the SSA. Survivor benefits allow the family members of a loved one to receive his or her benefits, or a percentage of those benefits, after death.

Survivor benefits are typically available to widows or widowers who have been married to their spouse for ten years or more. This applies equally to former spouses who were married for ten or more years. Additionally, unlike when a spouse is living, former spouses of a deceased beneficiary are entitled to survivor benefits even if their marriage was shorter than ten years if they have a child under the age of 16 or a disabled child.

Survivor benefits vary depending on the overall earnings of the spouse who passed away and the age of the individual set to receive the survivor benefit. If you are a former spouse at retirement age or beyond, you can receive the full amount of your former spouse’s benefit. By contrast, if you are younger than full retirement age, you can receive a lower percentage of the overall benefit, which decreases with your age.

Divorce is an incredible change in anyone’s life and raises all types of questions about how to protect one’s financial future. Suddenly moving from a two-income household to a one-income household, or having to switch from being supported by your spouse to supporting yourself, can wreak havoc on anyone’s future plans.

This situation becomes exceptionally complex for individuals who are approaching retirement and anticipated relying on the retirement benefits that their spouse had acquired. The prospect of losing these financial resources can feel very overwhelming.

Thankfully, divorce does not automatically mean the loss of potential social security benefits for those couples that have been married for ten years or more. Instead, former spouses can still use the income of another to calculate their benefits where another spouse’s income is more significant.

At Crooks, Low & Connell, S.C, our family law attorneys may be able to walk you through the process of estimating social security benefits that you are likely to receive after a divorce. For more information, or to schedule a consultation, contact our Wausau, WI offices online or at (715) 842-2291.